Bratislava’s relaxed charms give us a break 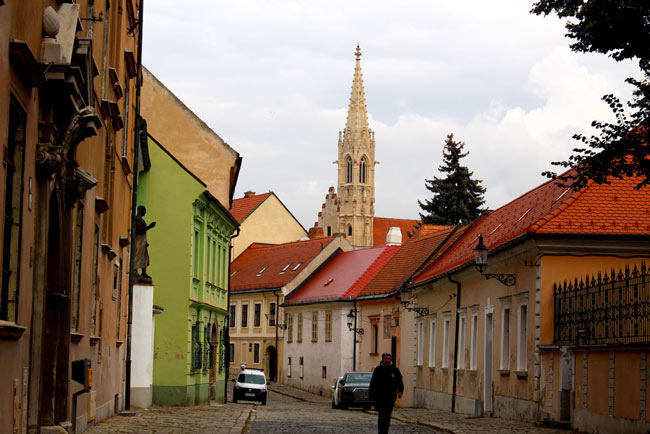 A peaceful lane in the old town of Bratislava was quiet and atmospheric.

Our trip to Europe in the fall of 2016 was probably the most touristy we’ve ever taken. In Prague, Budapest and Vienna, it felt like we never saw a real city getting up and working every day. They were almost Disneylands of sights and attractions.

Bratislava, however, was honest. It felt like we were in a real place, not some storybook fantasy. We actually got to talk to some of the locals, who treated us as friends.

The older part of the city was beautiful and, best of all, uncrowded. Tourist season ends early in Bratislava and, although everyone said the town is packed in the summer, we walked in a number of places where we didn’t see another soul for 15 minutes at a time – a seeming eternity compared to what we had experienced in Prague.

We found our way to a nearly deserted part of the old town, with its quiet, tiny, winding streets and squares. At every turn, there were the signs of hundreds of years of human presence: old frescoes, decorative statuettes, sculpture, modern-art reliefs in metal and the very stones of the streets and houses. The area breathed history, at least until we reached the workers putting up Christmas lights from a city truck. 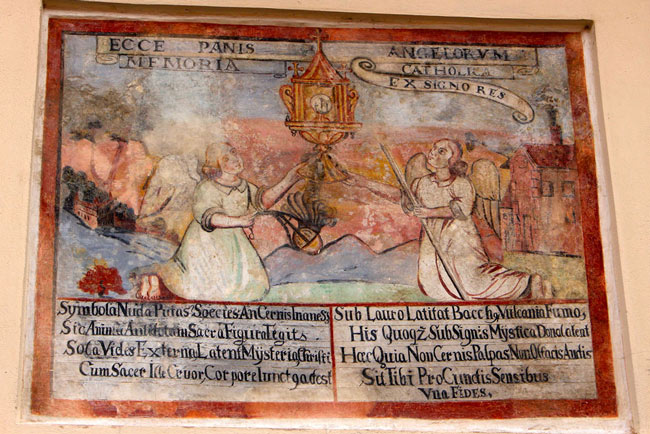 A frescoe decorates the wall of a house in the old town of Bratislava.

We only had 24 hours here but our visit was good nevertheless. We stayed in a hotel that was part of a new waterfront development along the Danube. It was bland and featureless in the way of North American shopping malls, but it was a short stroll to the university quarter and the old town, where buildings dating back to the 1300s can still be seen in the largely pedestrian streets. 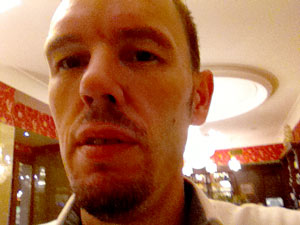 “I will take you a picture you will never forget,” joked our photographically incompetent waiter as he took a selfie with my phone in Bratislava.

Aside from the one in Budapest that made Ana sick, we had our most memorable dinner here too. In a mostly empty restaurant, we talked with our waiter and found out that one of his colleagues had lived in Mississauga for a while and then moved to Winnipeg.

Europe impresses me for the way people move around, and the number of languages they learn. Our waiter spoke excellent English to us, served another table in Italian and then flirted with a young woman in Spanish. He also spoke Slovakian and German.

We managed to squeeze in an hour or so to see the Galéria Nedbalka and an exhibition of student art. We enjoyed following the trends that the younger generation of artists was following or starting. But what caught me was how painters seemed to relate to the Nazi years, retreating into the safety of traditional, rural forms and subjects, as compared to the edgy, urban work of the 1920s.

(I saw the presence of the Nazis everywhere we travelled. But it seemed as though a younger generation was starting to forget the war years.)

From a touristic point of view, the only problems we had in Bratislava involved the railway station. There are no escalators and, on our way into town, we had to schlep our suitcases up and down several flights of stairs. The station facilities are astonishingly primitive given that Bratislava is the capital of the Slovakian republic. I did, however, have an excellent – and cheap – kebab while waiting for the train to Budapest.

The other station problem we had was the cab driver who charged us double the meter rate to get to our hotel. But he looked pretty sheepish when I tipped him on top of the amount he had ripped us off for. Are even the petty criminals polite?

We should have stayed in Bratislava for at least an extra day. I had a premonition that we should skip Budapest altogether. I wish I had listened to it.

On the morning we left, we walked to the middle of one of the bridges spanning the Danube. A class of schoolkids hiked by, singing in unison. They were all smiling and glowing with health and vitality. It made me think Bratislava must be a good place to live.