Copenhagen: the sort-of Paris of the north 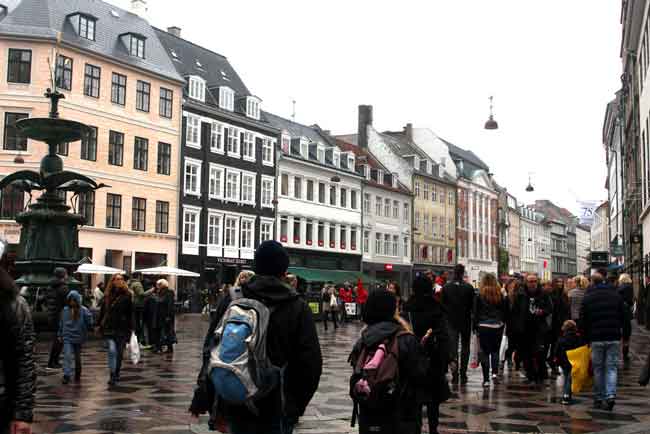 Copenhagen reminded me of Paris, not so much for its buildings and architecture as in the attitudes of the people. Most everyone was extremely friendly, but there was a degree of precision in social discourse that doesn’t exist in many places. It always felt like you were following a set of rules when you talked to someone.

Not that it was a problem to be polite. In fact, it was a pleasure. But there seemed to be a definite way of doing things, and sometimes I had the feeling I had transgressed.

At a 7-11, I thought I had been overcharged for a bottle of water and, since the prices were rather shocking to begin with, I questioned it. I thought I had seen it in the fridge for a lower amount. And indeed, the product placement was such that it would have been easy to make the mistake I did. For the clerk, however, this seemed to be a matter of honour. She walked me to the back of the store and insisted on explaining the arrangement of the water bottles and which ones were on sale. Everything was friendly, but I felt as if I had been plainly put in my place.

Although we didn’t see the city in enough depth to be exposed to any political correctness worth mentioning, it seemed like the kind of place where it would abound. I find “political correctness” to be a rather hateful expression in itself, implying that one is being courteous and considerate of others only to earn points from some ideological arbiter of public taste. But the expression does imply a certain complexity in the rules of social intercourse, and daily life in Copenhagen seems to leave plenty of room for that.

Denmark appears to be an extremely egalitarian society. The Danes we met bragged about their social security net. They were proud that the job of a 7-11 clerk was considered just as important as that of a software engineer or an investment banker. 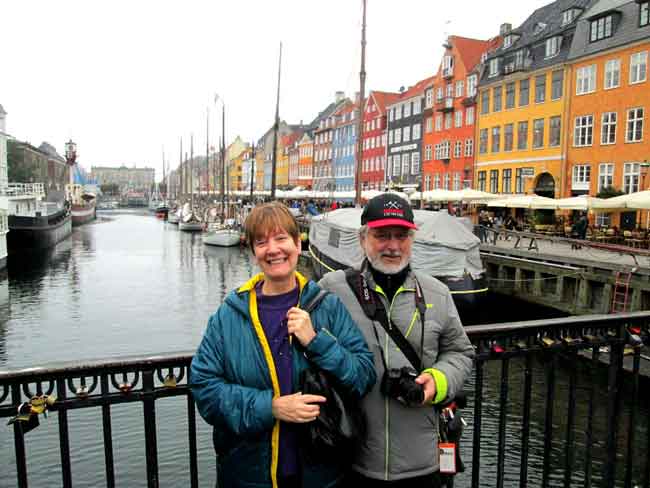 An old codger and his much-younger looking wife strike a touristic pose in Nyhavn.

They were proud that young mothers could – and did – leave their babies outside in their carriages while they enjoyed a leisurely beverage in a café. About half of the bikes we saw in this most cycle-dense city in the western world were left unlocked.

There was virtually no homelessness; as one guide put it, “you have to really work at it to be homeless in Copenhagen.” There were generous leaves for new parents and we saw a number of young fathers taking care of their babies while their wives were presumably at work.

The breadth of the social safety net made pretty much everyone happy. From the 7-11 clerk, to the café baristas, to the bartenders and servers, everyone conducted themselves with dignity and good grace.

A telling incident showed how friendly people were. Unaware, I walked into a bike lane, forcing a young man commuting home from an office job to come to a panic stop to avoid hitting me. In Canada, it might have started a fight. In Copenhagen, the guy smiled and motioned me to pass.

I don’t think it would be unfair to equate the generous social system with the high prices we encountered. Here, we talk about taxing junk food to make it more expensive. There, they do it: our daily bag of chips, which we earned with our miles of walking, cost about $5.00 Canadian. Canned beer in the stores was more expensive than it was in our restaurants and bars; a small beer at our hotel bar cost more than $12 Canadian. A dinner of an admittedly delicious roast quarter chicken, potatoes and bottled water that I had to order from the counter set me back $37. A takeout meal of chicken and falafel shawarmas, a baklava to split and water was about $60.

Yet the Danes are counted as one of the happiest peoples in the world by the United Nations. They seemed to think nothing of the prices as they lined up for takeout and sipped their six-dollar cups of coffee at the upscale (if you can believe it) 7-11. They must be doing something right. 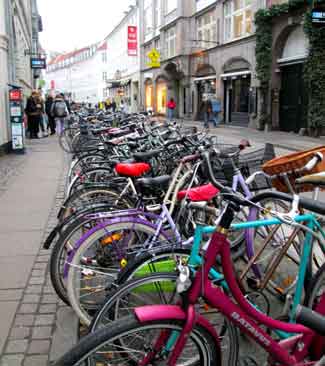 Bike parking on a multimodal street in Copenhagen.

One of things they definitely did right was to change their central city from a quagmire of traffic and smog to one of the most bicycle-friendly places on the planet. For a big city, the traffic was not bad at all. The car infrastructure was designed to make it easier for people to cross big streets, with pedestrian islands in the middle and adequate walk times.

Cyclists outnumbered cars many times over. Our walking-tour guide told us that Copenhagen never got too cold. But minus five and snow doesn’t sound much worse than our winters, especially when you factor in the humidity and wind that make it feel much colder.

As long as you are in the centre of the city, you can walk everywhere, although they are building an addition to the Metro that will circle it. After the usual delays, the new line is supposed to be ready in 2017.

The high prices in Copenhagen extended to hotels, so we stayed in Westerbro, a short walk from the central station and City Hall. The hotel, the Comfort Inn Westerbro, had well-designed rooms that used every inch of space in the small space they gave us, but was still OK for a four-night stay.