My favourite beers in Europe, October 2016 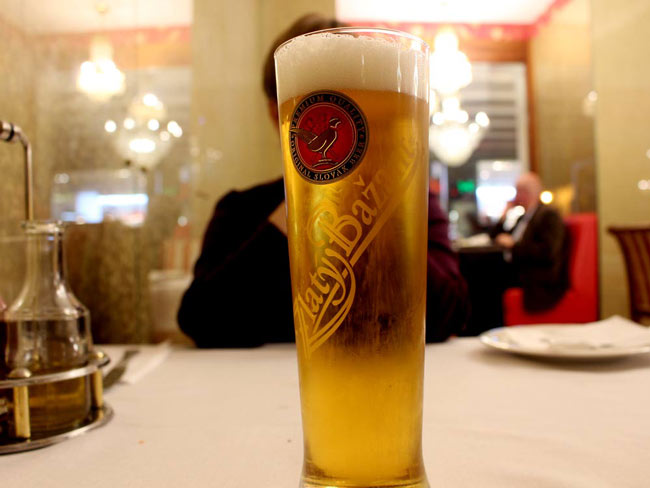 Zlaty Bazant, a locally-brewed beer in Bratislava, was my favourite of the trip.

I made a promise to a friend before I left that I would drink three beers in each of the countries we visited. I’m happy to say I largely fulfilled that promise, with the exception of Denmark. However, I made up for it in Prague, Budapest and Vienna. In Bratislava, I stuck with the first beer I tried – Zlaty Bazant (pronounced “Zlaty Fazant” — Golden Pheasant) – and had four of them.

Zlaty Bazant was a smooth beer with a beautiful darkish-blonde colour. It was both flavourful and balanced. There were just enough hops to make it distinctive, without being overpowering. I actually preferred the bottled beer, which I could pour myself with a nice head, than the draft, which had a smaller head than I like when poured by our otherwise excellent waiter.

Note: Zlaty Bazant is available in many Ontario liquor stores under the Golden Pheasant brand name. 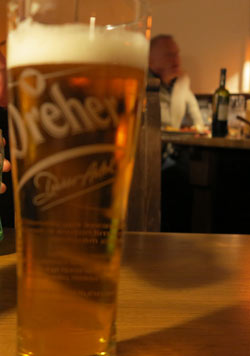 Dreher is one of the popular beers in Hungary. Another German-style lager, it too is a smooth, delicious beer with considerable body. I believe it packs a slightly higher-than-normal alcoholic punch. 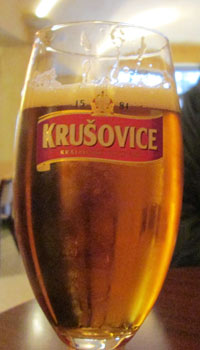 I enjoyed a glass of Krusovice in our hotel’s small bar in Prague. The brewery has been around for a long time -nearly 400 years – and the beer has a rich yet mellow flavour. The one I drank went down really smooth, and I was sorely tempted to have a few more. 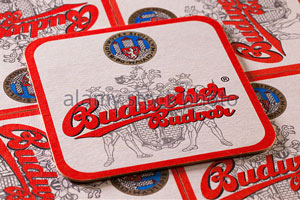 Just as pilsner beer is named after the town of Pilsn, where it was first brewed, so is Budweiser named after the city of Budweis. There are actually two Czech Budweisers but this is the only one I saw. They’re prevented from marketing it as Budweiser in North America, but it’s sold here as Czechvar. The real Budweiser (not our pale North American imitation that uses rice as an ingredient) has a sharp bite of its distinctive hops. Yet the hoppiness is not so much distracting as thirst-quenching. I had my Budweiser at a cafe attached to a Prague Metro station and quite enjoyed it after a day of walking around the Prague Castle complex. 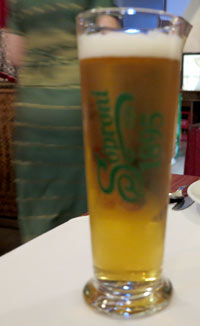 Another Hungarian beer. I enjoyed a pint of Soproni with our excellent Thai meal the night we arrived in Budapest. The beer was so smooth and yummy that I didn’t get mad at the proprietor when he tried to charge me twice for an appetizer. After all, everybody makes mistakes. I’m here for the beer. 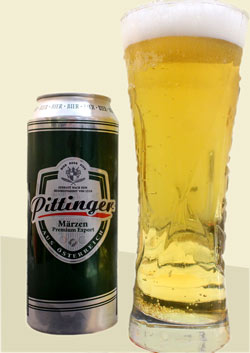 I had some delicious beers in Vienna and the Pittinger Marzen was one of them. Marzen refers to March, the month in which the beer is historically produced. They must be producing it all year now since it was available in the grocery stores in late October. Light tasting, yet enough body to satisfy. 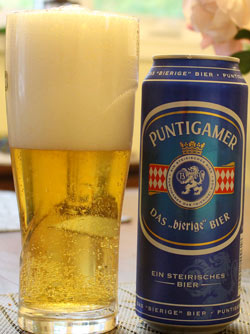 Another delicious Austrian beer, light in colour but with excellent body. All of the Austrian beers were available at the gourmet grocery store near our hotel, and cost between .50 and 1.50 Euros. 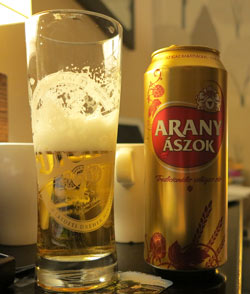 If you look closely at the beer can in this photo, you can see it’s hanging very slightly over the edge of the table on which I placed it to be photographed. This speaks to the fact that I’d already sampled a couple of delicious Hungarian brews the night I drank this. All I remember about it is that it was good. I don’t remember even buying it, ttytt. 🙂 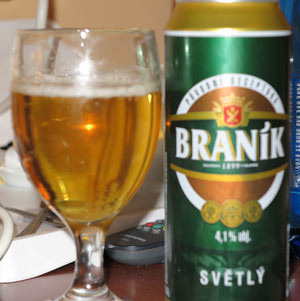 Don’t really remember this one either. Did I buy it on our first or our second night in Budapest? I do remember how impressed I was with Hungarian beer in general, though. Some good beer made up for a few bad experiences in the city. 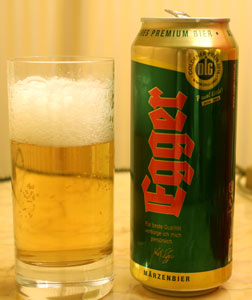 A nice golden-coloured beer, another good one from Austria. They all started blending into each other by the time I drank this one. I didn’t bother trying Otakringer, a very popular beer in Austria, on this trip: I had had a few of them when we visited Graz a few years ago. 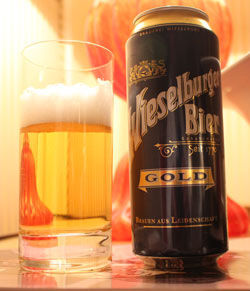 Another in the parade of good Austrian beers. There’s nothing really distinctive I remember about it other than that I enjoyed it. 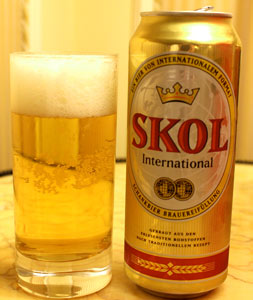 You can see it poured with a nice head, but again, I really don’t remember this one in particular from the parade of beers in Vienna. 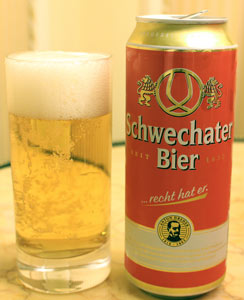 Another beer consumed in Vienna. This one was the cheapest available at the grocery store. It wasn’t the best beer I had in Vienna but it was perfectly acceptable and better than any of our popular Canadian brands. 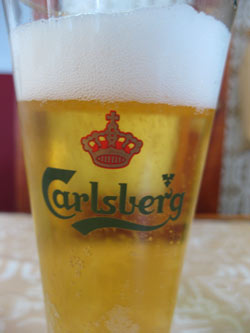 A lot of people don’t like Carlsberg and after all those good European beers, it took me only a glass to figure out why. I thought it might be better in its home city of Copenhagen than it is here in Canada but I was disappointed. In the late 1800s, the owner of the brewery found a way to make all the batches of this beer with a consistent taste. Unfortunately, that taste is consistently sour and gassy. 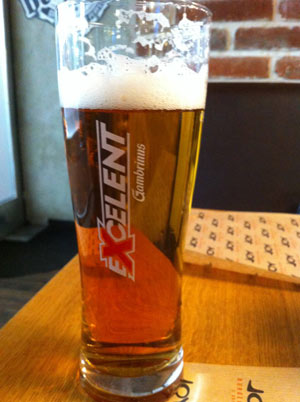 I had a glass of Gambrinus on draft with supper in Prague. Although it came with a nice head, the beer was watery and flavourless. Better than nothing, I suppose, but a disappointment in a country of great beers. 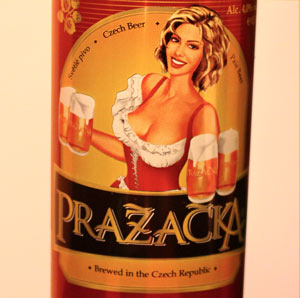 No, in case you’re wondering, I did not buy this beer for the picture on the label. I bought it because it was a light beer, with 4% alcohol. Maybe the Czechs don’t know how to make good light beer (they do exist). The head on the mugs is false advertising. While it had some flavour, it was not enjoyable. 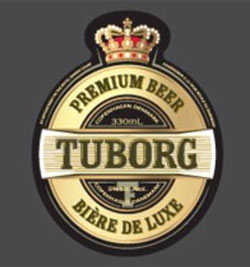 I tried to drink a Tuborg Special Pilsner on draft at our hotel bar in Copenhagen. The beer was utterly flat and had a funny taste. The colour was all wrong for a Pilsner. When I told the bartender the beer was terrible, he said “No, it’s a good beer, there’s probably just some soap in the glass.” So he poured it out, rinsed the glass (which he should have done in the first place) and poured another utterly flat, horrible half-pint. Maybe this is a good beer. The one I had – it cost me $13 – was terrible. One lesson I can pass on to anyone else who travels to Copenhagen is: don’t drink beer at the bar of the Comfort Hotel Vesterbro.