A chronicle of the jungle people 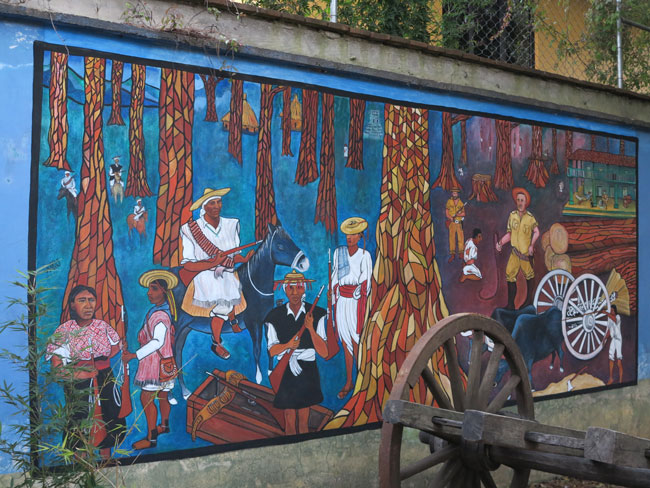 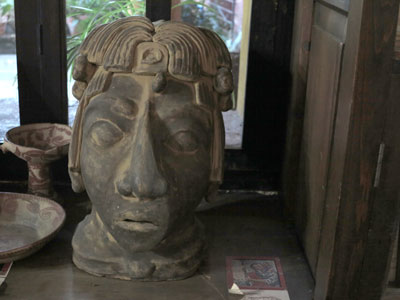 A sculpture of a Maya's head is one of the many items on display at the Museo Na Balom. 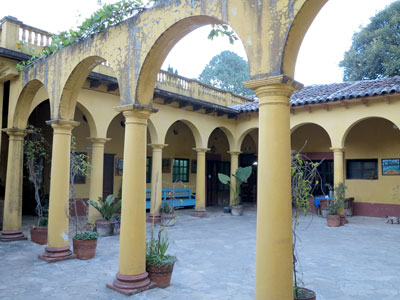 The central courtyard of the Bloms' sprawling former home. 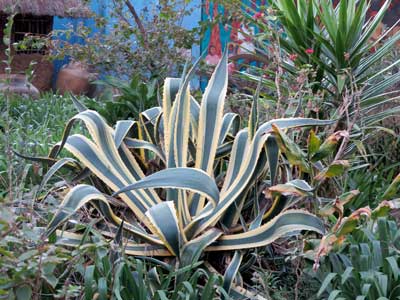 In the lush gardens of Na Balom.

Franz Blom, a Danish archeologist, and his wife Gertrude Duby-Blom, photographer and anthropologist, owned the large, rambling house that is now the Museo Na Balom (“house of the jaguar” in a local Maya language) in San Cristóbal. To walk through it is to see their life’s work with the indigenous people of Chiapas, culminating in their explorations of Maya ruins and vanishing jungle tribes in the 1950s and 1960s. It’s filled with photos and momentos of their careers.

Unfortunately, we got there too late for the guided tour in English that leaves at 4:30 every afternoon, and we didn’t feel like waiting for the English version of a movie about the Bloms to start. But the hour or so that we spent in both the house itself and the lush gardens outside gave us an appreciation for the civilizations of the jungle.

One of the Bloms’ major projects was an expedition to the Lacandón jungle bordering Guatemala, where a network of indigenous tribes was threatened by encroaching development. Many of the small statuettes that feature in the accompanying photo gallery were made by the people of these tribes.

The Bloms turned their house into a research centre where people were welcome to come and stay while working to unearth and preserve indigenous history and culture. It has the same feel today, as rooms are available on the property. The dining room is still a dining room, and tantalizing smells waft from the kitchen.

Today, more than 80% of the jungle has been cleared and turned into farm or pasture land. The Bloms’ efforts to preserve what remains have made them Chiapaneca legends.